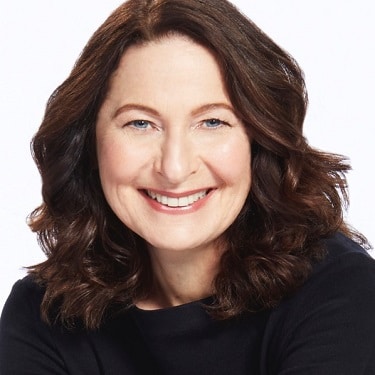 Anna Maria Tremonti has been the host of CBC Radio One’s The Current since it first burst onto the airwaves in November of 2002.

She brings a mix of hard-edged journalism and hard-won empathy to a 90-minute program that tackles everything from the politics of the day, to the changes that affect our society, to the stories of individuals whose personal journeys and traumas affect us all.

The Current marked her return to radio after 19 years with CBC Television, including two years as a host of the flagship investigative program the fifth estate. For nine years she was a foreign correspondent for The National, based in Berlin, London, Jerusalem and Washington. Her assignments abroad included ongoing coverage of the war in Bosnia, the fall of communism, the Israeli-Palestinian conflict, as well as the politics of the Arab world, Europe and the United States.Prior to that, Anna Maria reported from Parliament Hill, and worked as a reporter in Nova Scotia, New Brunswick and Alberta.She began her career in private radio, at CKEC in New Glasgow Nova Scotia.

Anna Maria has won two Gemini awards, and a life Achievement Award from Women in Film and Television Toronto. During her time at The Current, she and the program have won numerous awards at the New York Festivals, including: Gold for Best News Documentary of Special (2013), Gold for Best Talk Special: Interview (2009), Silver for Best Newsmagazine (2013), Bronze for Best Talk Show Host (2008, 2014 and 2015), Bronze for Best Coverage, Breaking News (2015), and Bronze for Best News Documentary or Special (2014). Her work at The Current also has been recognized with an Amnesty International Canada Media Award (2012), three Gracie Awards (2011, 2014 and 2015), and several Gabriel Awards and RTDNA Awards, including the Adrienne Clarkson Diversity Award (2013), the Peter Gzowski Information Program Award (2009, 2011 & 2014) and the Gord Sinclair Live Special Events Award (2014). With Anna Maria at the helm, The Current in 2012 also won the Canadian Journalism Foundation’s Excellence in Journalism Award (Large Media Category), and was a finalist for that top honour in 2013.