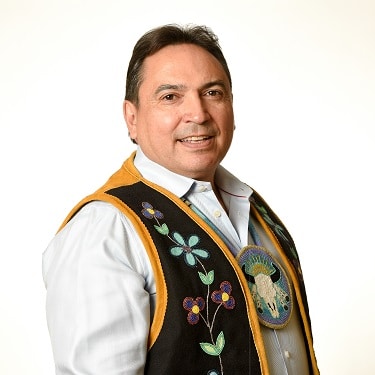 He has spent his entire adult life putting into practice his strong beliefs in the laws and traditions instilled in him by the many Chiefs and Elders he has known over the years. Passionate about making measureable progress on the issues that matter most to First Nations people, National Chief Bellegarde is a strong advocate for the implementation of Inherent Aboriginal and Treaty Rights. Widely known as a consensus builder with a track record of accomplishment, he brings community people, leaders, Chiefs and Elders together to focus on working cooperatively to move issues forward.