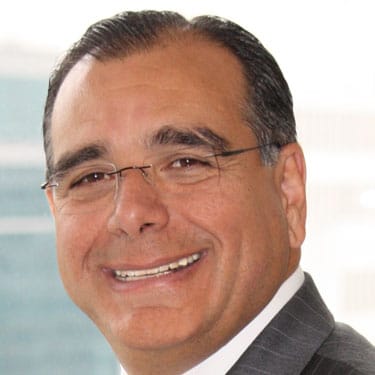 Chairman and CEO
The Daboub Partnership™

Dr. Juan José Daboub, Ph.D., is Chairman and CEO of the Daboub Partnership, Vice-Chairman of Dorado Group, and Founding CEO of the Global Adaptation Institute, a Foundation dedicated to adaptation to climate change.

He is Former Chair of the World Economic Forum’s Global Agenda Council on Climate Change (2012-2014). He has taught at Princeton University and is a member of several Boards of Directors and/or Advisory Boards of industries and non-for-profit Organizations in USA, Europe the Middle East and Latin America.

As Managing Director of the World Bank, from 2006 to 2010, Dr. Daboub oversaw operations in 110 countries in Africa, the Middle East, East Asia and Latin America. He was also responsible for the oversight of the Human Development and Sustainable Development Networks, the Information Systems Group, the World Bank Institute, the Department on Institutional Integrity, and the Arab World Initiative.

Prior to the World Bank, Dr. Daboub lead the expansion of his family owned businesses throughout Central America and worked with non-for-profits organizations on public policies to promote liberty, stability and growth throughout Latin America.

From 1999 to 2004, Dr. Daboub served concurrently as El Salvador’s Minister of Finance and as Chief of Staff to the President. In these high profile dual roles, Dr. Daboub helped to navigate his native country through several regional economic challenges including securing and sustaining El Salvador’s investment grade rating, “dollarizing: the economy, and completing a Free Trade Agreement with the United States. In 2000 and 2001, the Index of Economic Freedom ranked El Salvador above Chile, South Korean, Spain and Germany, as published by the Wall Street Journal. During this period, he also oversaw the emergency reconstruction on El Salvador after two major earthquakes in 2001.

Subsequently, he was named President of ANTEL, the state-owned telecommunications company which he re-structured and privatized through a competitive and transparent process that also de-monopolized that strategic sector and increased the access to telecommunications to the people of El Salvador by over 1000%.

He held high Government position in El Salvador for 12 years (1992-2004), working for three different Administrations without belonging to any political party, then or now.

Dr. Daboub holds a Bachelor of Science, Masters of Science and a PhD in Industrial Engineering from North Carolina State University. He is married and has four children.