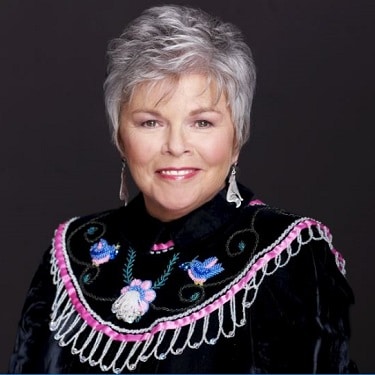 Roberta Jamieson is a Mohawk woman who has enjoyed a distinguished career of firsts. She was the first First Nation woman in Canada to earn a law degree; the first non-parliamentarian appointed an ex-officio member of a House of Commons Committee; the first woman Ombudsman of Ontario; and the first woman elected Chief of the Six Nations of the Grand River Territory, where she continues to reside with her family. An accomplished expert in alternative dispute resolution, Roberta also served as Commissioner of the Indian Commission of Ontario.

Under Roberta’s leadership, Indspire has flourished. Raising funds from government, corporate and private sectors, Indspire’s annual disbursements of bursaries and scholarships to support Indigenous students in post-secondary education and training have increased sevenfold. An innovative K-12 Indspire Institute was launched providing support to educators and communities working to improve educational outcomes with culturally grounded curriculum and techniques. Roberta is also the Executive Producer of the annual Indspire Achievement Awards.

She has earned numerous awards, including, most recently, YWCA’s President’s Award and Women’s Executive Network’s “Canada’s Most Powerful Women” Hall of Fame, as well as 25 honorary degrees. In 2015, Ms. Jamieson was recognized by the Public Policy Forum for the outstanding contributions she has made to the quality of public policy and good governance.

She is an Officer of the Order of Canada.