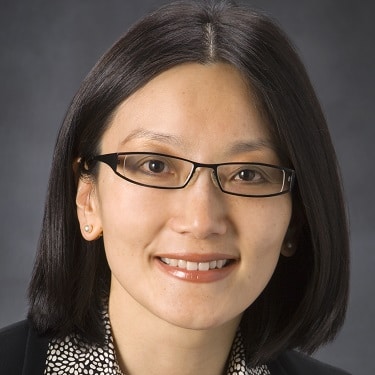 Joan Elangovan is the founding Director of the Asia Pacific Centre at the Vancouver Economic Commission, dedicated to strengthening business and cultural ties with the Asia Pacific Region. She works closely with investors, entrepreneurs and governments locally and internationally to facilitate the convergence of innovation, capital and market opportunities.

Prior to joining the Commission, Joan was a senior executive with the Government of British Columbia, Canada. She served as Chief Strategy Officer, Assistant Deputy Minister, Executive Financial Officer, and Chief Information Officer among other management positions. An experienced strategist and negotiator, Joan has significant expertise in public policy, strategy and stakeholder relations in a range of sectors including international trade and investment, technology, health, natural resources (forestry), justice, and education.

Joan serves on the Board of Directors of Arts Umbrella (Canada’s premier arts education institution for kids), the Vancouver International Film Festival Society (VIFF), and the Canada China Business Council (Vancouver). She is a past member of the Shared Services Board of the Province of British Columbia and the Audit Committee of the Forest Innovation Investment Corporation.

A frequent speaker and moderator at international business events, Joan is also active in various local media. She is the executive producer and host of Amazing Vancouver, a six-episode documentary film showcasing Vancouver as an innovative, creative and sustainable city and North America’s Asia pacific gateway.