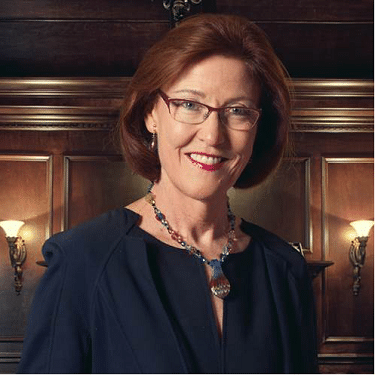 Mary Rozsa de Coquet is the Chairman of the Rozsa Foundation, a philanthropic family foundation founded in 1990 which is known for innovative arts management programs, contribution to public arts policies and cutting-edge arts research.

Ms Rozsa de Coquet has been active in many non-profit organizations. She is a member of the International Women’s Forum, currently the national Director, Governance; in addition to serving as a Ruling Elder at Grace Presbyterian Church and the Moderator of the Presbytery of Calgary-MacLeod; and, has had a life-long involvement with Inter Varsity Christian Fellowship. Previous involvements include: Secretary of the national Philanthropic Foundation Canada Board, Vice-Chair with the National Music Centre Board and inaugural Chair of Calgary Arts Development Authority.