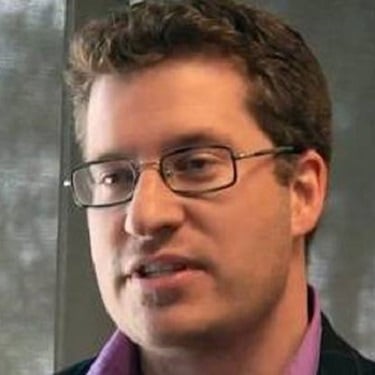 Dr. Paul Kershaw is a farmer morning and night. By day, he is an academic, public speaker, media contributor and volunteer.  At the University of BC, he founded the Generation Squeeze Research and Knowledge Mobilization lab to be a centre of scholarly activity about generational equity, the conditions into which Canadians are born, grow, play work and age, and the public policies that shape those conditions like housing, child care, parental leave, work-life balance, taxation, retirement, etc.

Dr. Kershaw was recognized as “Academic of the Year” in 2016 by the Confederation of University Faculty Associations of BC in honour of the outstanding scholarship and knowledge mobilization that he leads from his Generation Squeeze lab.

Kershaw studies and mobilizes knowledge about these themes in the Faculty of Medicine’s School of Population & Public Health because research shows that health doesn’t begin with health care.  Health begins with the social, economic, environmental and policy factors that shape the conditions into which we are born, grow, play, work and age.  These are often called the social determinants of health.

Before joining the Faculty of Medicine, Paul earned tenure at UBC in 2010 in the College for Interdisciplinary Studies, publishing routinely in political science, sociology and health related journals, and earning two national prizes from the Canadian Political Science Association for his scholarship regarding gender and public policy.

Guided by scholarship about how to mobilize academic knowledge into action, Paul launched the Generation Squeeze lab in response to frustration that peer reviewed literature was having too limited influence on how Canadian governments budget for the social determinants of health, particularly for younger generations.  In response, Kershaw now devotes considerable time to the community engagement commitment in UBC’s Strategic Plan, Place and Promise, to “Be a leader in fostering public understanding of societal issues and in stimulating action for positive change.”  He therefore currently targets a lot of his publications and other scholarly activity for the broader public and decision makers so that existing academic evidence has greater potential to influence Canadian government budgets, along with political platforms from across the ideological spectrum which shape those budgets.

To support this aim, Kershaw founded Generation Squeeze, co-hosted at his Lab at the University of BC, the Vancity Community Foundation and the non-profit Association for Generational Equity (AGE).  Generation Squeeze is building a powerful organization to speak up for younger Canada in the market place and the world of politics, and is intended to become the largest community engagement initiative ever launched from a Canadian university.  With numerous partners, Kershaw has designed the campaign to be a rigorously evaluated pan-Canadian population health initiative that responds to the recommendation of the WHO Commission on the Social Determinants of Health to tackle the inequitable distribution of power.

There is presently an unintended power imbalance between older and younger generations in Canada as it relates to government budgeting.  For example, whereas the Canadian Association of Retired Persons (CARP) exists to advocate for the aging population, there had been no pan-Canadian organization to speak up for younger generations until Generation Squeeze started.  Younger generations are also a third less likely to cast a ballot during elections compared to older generations, even though political parties shape their platforms around who shows up.  As a result, there is a generational spending gap in Canadian budgets which largely accounts for why international comparisons position Canada near the bottom of OECD countries when it comes to investing in the social determinants of health for the generation raising young children.  Kershaw is researching and evaluating the degree to which supporting younger Canadians to mobilize equal generational power alongside their parents and grandparents can mitigate the political-cultural factors which currently result in Canada’s poor international ranking, and slow pace of implementing the existing research about the social determinants of health for younger generations.

Dr. Kershaw is recruiting graduate students who are keen to work and study as part of the Gen Squeeze Research and Knowledge Translation Lab.  Students interested in working with Dr. Kershaw should first review the Gen Squeeze website, and explore whether their interests overlap with policy areas identified at http://gensqueeze.ca/policies.  Alternately, students interested in the scholarship of Knowledge Mobilization are also invited to contact Dr. Kershaw’s lab to explore the possibilities for collaboration.