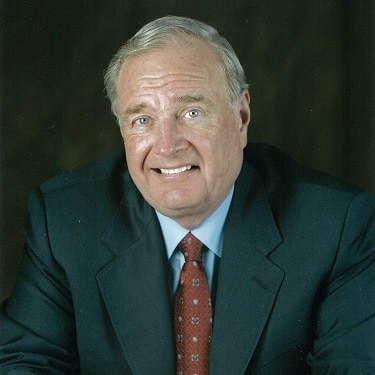 During his tenure as Minister of Finance, he erased Canada’s deficit, subsequently recording five consecutive budget surpluses while paying down the national debt and setting Canada’s debt-to-GDP ratio on a steady downward track. He was an originator of the Finance Ministers’ G-20, and in September 1999 was named its inaugural chair.

During his tenure as Prime Minister, Mr. Martin set in place a ten year, forty-one billion dollar plan to improve health care and reduce wait times; signed agreements with the provinces and territories to establish the first national early learning and child care program and created a new financial deal for Canada’s municipalities. Under his leadership the Canadian Government reached an historic deal with Aboriginal people of Canada to eliminate the existing funding gaps in health, education and housing known as the Kelowna Accord.

Mr. Martin has advised the African Development Bank and works closely with the Advisory Council of the Coalition for Dialogue on Africa, sponsored by the African Union, the UN Economic Commission for Africa and the African Development Bank. He was a founding co-chair of the Congo Basin Forest Fund, a 200 million dollar British-Norwegian-Canadian poverty alleviation and sustainable development fund for the Congo Basin Rainforest. Mr. Martin was also a commissioner for the Global Ocean Commission.

Before entering politics, he had a distinguished career as Chairman and Chief Executive Officer of The CSL Group Inc., the largest self-unloading shipping company in the world. Its acquisition by Mr. Martin in 1981 represented the most important leveraged buyout in Canada at that time.