Bridging gender divides: the impact of Covid-19 on equality

Covid-19 poses different challenges for women all over the world.

Often, women are caught between seemingly contradictory trends. Depending on who they are, where they are and what situation they find themselves in, women are experiencing the pandemic as a time of regress or progress, with traditional gender roles becoming reinforced for some while others are able to access online education and networks in unprecedented ways. Economic hardship can sit side by side with economic opportunity. Some women’s worlds are shrinking social spaces while for others their virtual world is expanding. Many women are struggling to access health care for themselves or their family, others are the main providers of healthcare, working in the health sector often without proper support or adequate pay. Many need to manage the family staying at home, schooling kids, and providing meals on often tighter budgets; often, in these situations they are not themselves safe from violence in their own homes.

The pandemic has thus highlighted just how much a universal challenge such as the Covid-19 virus is experienced entirely differently by individual women. This offers an opportunity to formulate what new insights we have gained on systemic barriers to gender equality in its many forms. This webinar thus asks concretely what the pandemic has taught us about what is needed for more effective policies that support gender equality.

We explore this question from a variety of angles, asking: 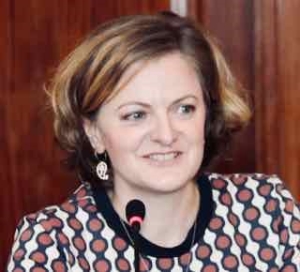 Mareike Schomerus is Vice President at the Busara Center in Nairobi and Research Director of the Secure Livelihoods Research Consortium at ODI in London. Prior to that she was ODI’s Director of Programme Politics and Governance. She is a widely published researcher with a body of work on violent conflict, political contestation and peace processes in South Sudan and Uganda and across borders, as well as behavioural mechanisms in post-conflict recovery. She has conducted extensive fieldwork, including under challenging and insecure conditions. In addition to conducting and leading academic research as Principal Investigator, she has conducted applied research for, amongst others, the Small Arms Survey, UNICEF, USAID, DFID, and The Carter Center. She is the editor of two volumes and her most recent book The Lord’s Resistance Army: Violence and Peacemaking in Africa is forthcoming with Cambridge University Press. She holds a PhD from the London School of Economics and Political Science and Master’s Degrees from Columbia University and the University of Bremen. 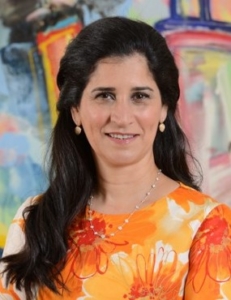 Sheikha Intisar Salem Al Ali AlSabah is a princess from Kuwait’s Royal Family. She is the founder and editorial director of « Lulua Publishing » and the Founder of« Alnowair » positivity initiative, which is a non-profit initiative considered to be her biggest contribution to date to her beloved country Kuwait. Sheikha Intisar Salem AlAli AlSabah is highly influential in the Kuwaiti society and she is wholly dedicated to the issues of education, health, child protection, human rights and woman rights. She has played a vital role in alleviating the suffering of people afflicted by disasters, conflicts, and wars. Sheikha Intisar AlSabah has dedicated all her life to philanthropist actions and has always been involved with Humanitarian organizations that work towards providing education, upliftment and equal opportunities to those who need it most. To name a few, she has been involved with spreading awareness and raising funds for UNHCR for the victims of the Syrian War. Sheikha Intisar AlSabah is an active member of the Human Rights Watch Kuwait chapter, an organization that promotes justice and human rights across the globe. Additionally, she has organized with ICRC (International Committee of Red Cross) many initiatives such as a roundtable discussion that sheds light on the plight of Arab women in war. 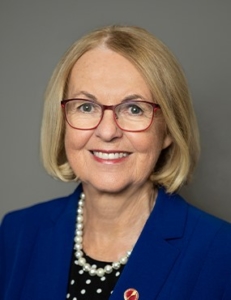 Senator Cordy was appointed to the Senate by the Right Honourable Jean Chrétien on June 9th, 2000. She was born in Sydney, Nova Scotia and is a graduate of the Nova Scotia Teachers College and Mount St. Vincent University. She taught elementary school for 30 years in Nova Scotia, teaching in Sydney, New Glasgow and the Halifax Regional Municipality.

Senator Cordy is a past president of the Nova Scotia Women’s Liberal Commission. She also served on Prime Minister Chrétien’s task force on seniors.

Senator Cordy has a particular interest in issues related to mental health, multiple sclerosis, seniors and aging, NATO and Gender Security, education and children. She was a member of the senate committee which published a report “Out of the Shadows at Last” a study of the issues relating to mental health, mental illness and addictions. She was also a member of the special senate committee on the implications of an aging society in Canada.

Senator Cordy lives in Dartmouth, Nova Scotia with her husband Bob. They have two adult children, Alison and Michelle, and four grandchildren. 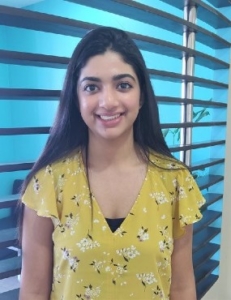 Anisha is the Director for Research and Innovation at Busara and is interested in all things research methods and data. She leads the portfolio of experimental research at Busara which is the bridge between academia and consulting, as well as, focuses on developing a network of decision labs to contribute to evidence based approaches in the Global South. She also leads development and implementation of creative and innovative research products – at the core of this is exploring what it means for data to be inclusive and how to conduct research that supports the dignity of research participants. She is passionate about taking research beyond a ‘cultural and gender lens’ and bringing context, cultures and gender to the forefront of research designs. Prior to joining Busara, Anisha worked at IFMR LEAD in India expanding financial access, opportunities and capabilities. Anisha holds an MSc in Social Cognition: Research and Applications  from the University College London, UK and a BSc in Economics from the Singapore Management University, Singapore. 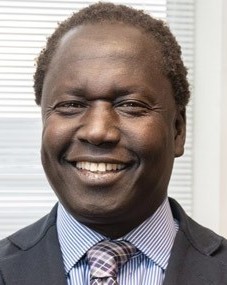 He is the author of Breaking Sudan: The Search for Peace (Oneworld Publications, 2017), Sudan: Race, Religion and Violence (One World Publication, 2007), War and Slavery in Sudan (University of Pennsylvania Press, 2001), and Militarization, Gender and Reproductive Health in South Sudan (Edwin Mellen Press, 1998). He has also co-authored The Sudan Handbook (co-edited with J. Willis, J. Ryle and S. Baldo, James Currey, 2011).

Before joining Maxwell he was visiting professor of anthropology, University of Oxford, and Fellow of Linacre College. He had also served in the government of South Sudan as undersecretary in the Ministry of Culture and Heritage, 2010-13. He is the founding director of the Sudd Institute, a public policy research center.