Globalization is about the (relatively) free movement of ideas, people, goods, and capital across borders. All of these flows, and their impact, were being questioned before COVID-19 but take on renewed focus in its aftermath. There are those who celebrate a reversal of some or all of these flows, and others who lament the consequences of such actions.

On the one hand, a more open global economy has stimulated economic activity, and resulted in a significant reduction in the number of people living in abject poverty in many parts of the world. On the other, globalization has widened the gap between winners and losers, and has been criticized for increasing inequality and for damaging the environment.

At the same time, we have seen the growth of populist and anti-immigrant sentiment in the face of a persistent refugee crisis. Increased barriers to the movement of people across borders are being reinforced by mobility restrictions and social distancing measures adopted to mitigate the global pandemic.

We are facing a major economic downturn fueled by uncertain recovery scenarios post COVID-19 and the return of protectionist policies amid rising trade tensions. Cross-border capital flows have similarly been impeded, both as a way to combat money laundering and to avoid negative contagion effects. The reduction in remittances is threatening the livelihood of families reliant on international transfers from migrants.

The key theme of this webinar is how do we move forward and capture the benefits of globalization without its negative corollaries, while considering the uncertain consequences of COVID-19 on trade and the movement of people and capital. How can globalization be reformed to be more equitable across regions and countries, and among groups of citizens within a country, as well as be more sustainable for the planet?

Dean Saul Klein
Chair of the Victoria Forum, Dean of the Gustavson School of Business at the University of Victoria 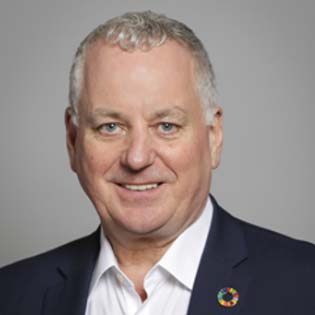 Lord Jack McConnell was First Minister of Scotland from 2001 to 2007. He served as UK Special Representative for Peacebuilding from 2008 to 2010, when he was appointed to the House of Lords.

Lord McConnell is currently Co-Chair of the UK All-Party Parliamentary Group on the UN Global Goals for Sustainable Development; Vice President of UNICEF UK; and Chair of the McConnell International Foundation. He is Chair of the Sustainable Development Panel of SSE and is a global adviser to PwC. Jack is Deputy Chair of the UK/Japan 21st Century Group, Chairs the international Peace Direct Awards and has advised in the implementation of peace agreements including the Bangsamoro Agreement in the Philippines. He was made Chancellor of the University of Stirling in June 2019 and is President of Scottish Athletics.

From 1999 to 2011, Jack McConnell was a Member of the Scottish Parliament. He was Scotland’s Minister for Finance 1999-2000; Minister for Education, Europe and External Affairs 2000-2001, and President of the Legislative Regions of Europe in 2004. He grew up on a small sheep farm on the Isle of Arran, Scotland and was a high school Mathematics teacher before entering Parliament. 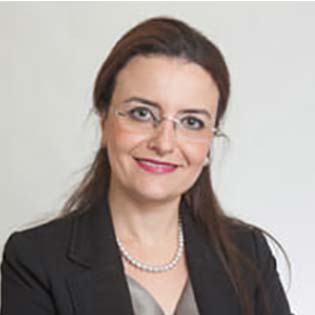 Professor Rym Ayadi is the Founder and President of the Euro-Mediterranean Economists Association (EMEA), Founder and Director of the Euro-Mediterranean Network for Economic Studies (EMNES). She is Professor at CASS Business School, Member of the Centre for Banking Research (CBR) at the City University in London, U.K. and Associated Scholar at the Centre for Relationship Banking and Economics (CERBE) at LUMSA University in Rome. She is. She is Senior Advisor at the Economic Policy Unit of the Centre for European Policy Studies (CEPS).

She is Academic Member of several high-level expert groups including the European Shadow Financial Regulatory Committee (ESFRC), the European Banking Authority (EBA) Banking Stakeholders Group (BSG) of which she was elected Chair in February 2019, the European Commission’s Financial Services Users Group (FSUG), the European Parliament – Economic and Financial Committee and Committee on Foreign Affairs (EP Think Tank), the Parliamentary Assembly of the Mediterranean (PAM) and the Union for the Mediterranean (UfM), and an invited expert in international organisations including OECD and IMF, among others. She is also member of Finance Watch (FW) a Brussels-based NGO that strives to make finance serve the society since its set-up. She is also the Founder and Co-chair of International Workshop on Financial System Architecture and Stability (IWFSAS), an Annual Conference that provides a forum for academic researchers, practitioners and policy makers to discuss current issues related to the structure and design of financial systems and their impact on macro-financial stability and sustainable and inclusive economic growth.

Rym’s fields of expertise include international financial systems, financial markets and institutions, global financial regulation, governance and consumer protection in finance, and socio-economic development and foresight in economies in transition. Her current research focuses on the redesign of a global stable, sustainable and inclusive financial system that better serves economic and societal long-term objectives and with a particular emphasis on the diversity of corporate and business models, private-public partnerships and the conditions for their success, SME financing and the role of financial markets to achieve developmental objectives and the impacts on business models in finance and role of financial regulation and resolution and impacts on incentives in the financial market. Rym works on economies in transition, policy development and foresight.

Previously, 2013-2018, Rym served as Professor of International Business and Finance at the Department of International Business, as Director and Board Member of the Alphonse and Dorimène Desjardins Institute for Cooperatives, and Founding Director of the International Research Centre on Cooperative Finance (IRCCF) at HEC Montreal, Canada; as Senior Research Advisor at the Euro-Mediterranean University (EMUNI) (2015-2019) in Piran, Slovenia; and 2001-2013 as Senior Research Fellow and Head of Research of the Financial Institutions Unit at the Centre for European Policy Studies (CEPS), a policy think tank in Brussels.

She served as an academic senior expert member of the European Insurance and Occupational Pensions Authority (EIOPA) Stakeholder Group (Between 2011 and 2013). She was the promoter and director of the Mediterranean Prospects Research Network (MEDPRO) an international research network for foresight analysis in the Euro-Mediterranean region (Between 2009 and 2013) funded by the Seventh Framework Program of the EU. She was also Vice President of the European Financial Inclusion Network (EFIN), a European network that promotes mutual learning on financial inclusion which currently part of Finance Watch. 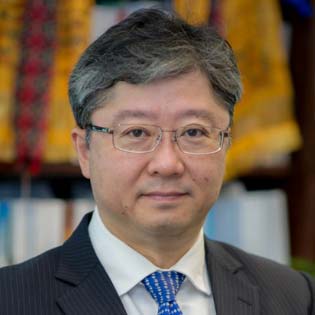 Yasuyuki Sawada is Chief Economist of the Asian Development Bank (ADB). He also serves as Director General of the Economic Research and Regional Cooperation Department, which publishes ADB’s flagship knowledge products such as Asian Development Outlook (ADO). Mr. Sawada is on leave from his professorship at the Faculty of Economics, the University of Tokyo, Japan.

Mr. Sawada has over 20 years of experience as an economist, researcher, and academic. He has worked at the ADB Institute in Tokyo and served as consultant for various projects at the World Bank Group. He has also served as a visiting professor at Stanford University’s Stanford Center for International Development and adjunct professor of economics at Korea University.

A leading figure in development economics and applied micro-econometrics, his continuous engagement in policy-oriented research projects contributes extensively towards supporting the ADB’s development goals. He is a recipient of various awards such as the Nikkei Book Prize, Ishikawa Prize of Japanese Economic Association, Kiyoshi Kojima Prize of the Japanese International Economic Association; Enjoji Jiro Prize of Nikkei Center (JCER), and Masayoshi Ohira Memorial Prize. He holds a Doctorate degree in Economics and a Master’s degree in International Development Policy from Stanford University, USA. 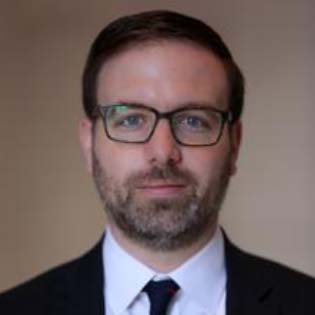 Deputy Director, Project on Prosperity and Development, Center for Strategic and International Studies

Erol Yayboke is deputy director and senior fellow with the Project on Prosperity and Development (PPD) at the Center for Strategic and International Studies (CSIS). His specific research interests include U.S. foreign assistance, the role of the private sector in the developing world, good governance, migration and forced displacement, conflict-aware stabilization, climate change, development economics, and innovation-led economic growth. Previously, he served in several capacities with the Hillary Clinton presidential campaign and was a program/research manager on the Evidence for Policy Design (EPoD) team at the Center for International Development at Harvard University’s Kennedy School of Government. Mr. Yayboke also has long-term field experience working for organizations (Global Communities, Save the Children, and AECOM International Development) in Iraq, Afghanistan, South Sudan, and the Somali Region of Ethiopia, serving in various senior country and project management roles.

Mr. Yayboke teaches a graduate level course on state fragility and resilience at the Maxwell School of Citizenship and Public Affairs at Syracuse University and is a member of the board of directors for the Andi Leadership Institute for Young Women, a Washington, D.C.-based nonprofit. He holds an M.P.A. from the LBJ School of Public Affairs at the University of Texas at Austin and a B.B.A. in international business also from the University of Texas at Austin.