In recent years we have witnessed increasing polarization within democratic societies, which is weakening trust in democratic institutions. The attack on the United States Capitol on January 6, 2021 the prevalence of alternative facts, the defiance of public health orders during a global pandemic and growing tensions around issues of economic inequality, racial justice and global warming are examples of major challenges faced by democratic institutions in different countries. Elections do not guarantee good governance and may actually exacerbate divides when norms, values and ethics are challenged.

To explore these challenges, a panel of distinguished experts will address the following questions:

The Virtual Victoria Forum 2022 and the webinars are jointly hosted by the University of Victoria and the Senate of Canada. 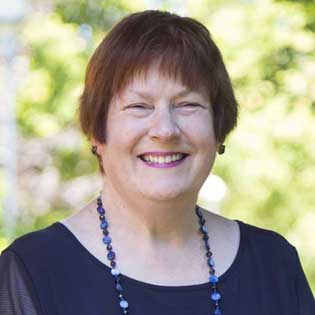 Dean of Law, University of Victoria

She completed her Bachelor of Arts, Bachelor of Laws and Masters of Arts degrees at Queen’s University. She practiced law in Kingston, Ontario, for almost 20 years before completing Master of Laws and Doctor of Philosophy degrees at the London School of Economics and Political Science. She has taught and lectured at law schools throughout the United Kingdom and Australia. Dr. Breau was the Dorset Fellow in Public International Law at the British Institute of International and Comparative Law. 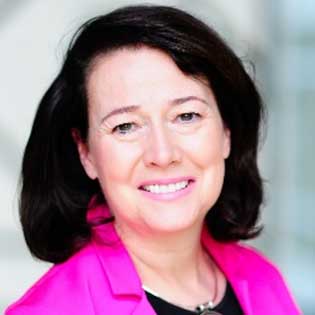 The Honourable Janet Austin was sworn-in as the 30th Lieutenant Governor of British Columbia on April 24, 2018. Prior to this appointment, she spent 15 years as Chief Executive Officer of YWCA Metro Vancouver, one of the province’s largest and most diversified non-profits. There she oversaw operations delivering services to tens of thousands of people annually at more than 40 locations.

Under Her Honour’s leadership, the reach and scope of services offered by the YWCA increased significantly and flourished under the social enterprise model she championed. Using solutions-oriented and collaborative advocacy, she positioned the YWCA as a leading voice on women’s equality. She fostered relationships with non-profits, business communities and all levels of government to contribute to policy changes at the federal and provincial levels to improve the lives of women, children and families.

Her Honour has actively volunteered for many organizations in commitment to helping improve the lives of others. She has served on the boards of TransLink, the Greater Vancouver Board of Trade, the Canadian Paediatric Society, the Council for Early Child Development, the Women’s Health Research Institute, MOSAIC and the Dr. Peter AIDS Foundation. She has been a longtime volunteer with United Way of the Lower Mainland and has served on the BC Provincial Advisory Council on Social Entrepreneurship, the City of Vancouver Healthy City for All Leadership Council and the Organizing Committee for the National Retreat for Women.

Her Honour is Chancellor of the Order of British Columbia and was invested as a Member of the Order in 2016. She holds an Honorary Doctorate of Laws from Kwantlen Polytechnic University.

Raised in Calgary, Alberta, Her Honour is a graduate of English from the University of Calgary. She spent her early career in public sector roles in Calgary, working in regional planning and public consultation and communications for the Alberta government. She eventually moved to British Columbia, where she began working with BC Housing and discovered her passion and aptitude for public office. Prior to joining the YWCA, Janet served as Executive Director of Big Sisters of BC Lower Mainland. 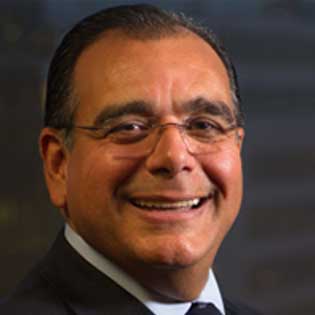 Chairman and CEO, The Daboub Partnership

Dr. Juan José Daboub, Ph.D. is the Chairman and CEO of The Daboub Partnership, an initiative of ARCIS, LLC, dedicated to delivering results for public and private organizations around the world. He is also the Founding Chief Executive Officer of the Global Adaptation Institute and the Co-Chair of the World Economic Forum’s Global Agenda Council on Climate Change. He has taught at Princeton University and is a member of several Board of Directors, including in the U.S., Europe, the Middle East and Latin America.

As Managing Director of the World Bank from 2006 to 2010, Dr. Daboub oversaw operations in 110 countries throughout Africa, the Middle East, East Asia and Latin America. He was also responsible for the oversight of the Human Development and Sustainable Development Networks, the Information Systems Group, the World Bank Institute, and the Department of Institutional Integrity.

He has spoken extensively at high-level international conferences on economic freedom, prosperity and development issues, including the World Economic Forum, the Union for the Mediterranean, the World Bank-IMF Annual Meetings, OECD, Transparency International, the BOAO Forum, and the Atlantic Basin Initiative.

Prior to the World Bank, Dr. Daboub lead the expansion of his family owned businesses and worked for non-for-profits on public policies to promote liberty, stability and growth throughout Latin America.

From 1999 to 2004, Dr. Daboub served concurrently as El Salvador’s Minister of Finance and as Chief of Staff to the President. In these high-profile, dual roles, Dr. Daboub helped to navigate his native country through several regional economic challenges including securing and sustaining El Salvador’s investment grade rating, “dollarizing” the economy, and completing a Free Trade Agreement with the U.S. During this period, he also oversaw the emergency reconstruction of El Salvador after two major earthquakes in 2001.

Dr. Daboub holds a Bachelor’s of Science, Master’s of Science and a Ph.D. in Industrial Engineering from North Carolina State University. He is married to Glorybell Silhy de Daboub, they have four children, and live in Potomac, Maryland, USA. 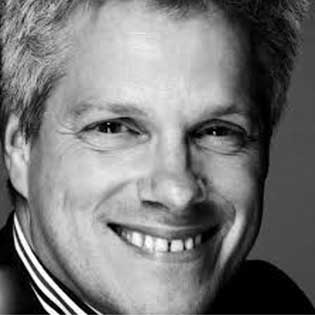 Ben Rowswell has been President and Research Director of the Canadian International Council since November 2018.
Prior to the CIC, Ben served as Canada’s Ambassador to Venezuela from 2014 to 2017. This capped a 25 year career as a professional diplomat including assignments in Canada’s embassies to Egypt, to the United States, and in Canada’s Permanent Mission to the UN. He served Canada’s first diplomatic envoy to Baghdad, Iraq, after the fall of Saddam Hussein from 2003 to 2005, as Deputy Ambassador to Afghanistan and as head of the NATO Provincial Reconstruction Team in Kandahar between 2008 and 2010.
As a practitioner of international relations, Ben’s thematic interest has been in human rights and democracy. He founded the Democracy Unit at Global Affairs Canada, and worked closely with human rights activists in Iraq and Afghanistan. As Ambassador to Venezuela, Ben was an outspoken advocate of the restoration of the popular sovereignty of Venezuelans after the suspension of constitutional order in early 2017.

These experiences abroad awakened an interest in the role of citizens in our own democracy. In Ottawa, Ben supported the Cabinet process as a member of the Privy Council Office during the tenures of Jean Chrétien and Stephen Harper, experiences that exposed him to the far-reaching impact that public opinion has on decision-making at the highest levels of government.

Ben brings that passion for the role of individual citizens to the CIC, a platform for everyday Canadians to participate in the national conversation about our nation’s role in the world.