With the good news of the vaccines and the relative decline in the number of COVID-19 cases, we are collectively looking for the post-COVID-19 pandemic world. As we navigate the recovery paths, we will shape the solutions for the climate crisis. Governments, companies, communities and individuals are expected to contribute to a sustainable collective future. Many call for climate solutions to be at the forefront of any economic recovery plan.

This 1-hour webinar gathers a panel of distinguished experts to discuss the following questions: 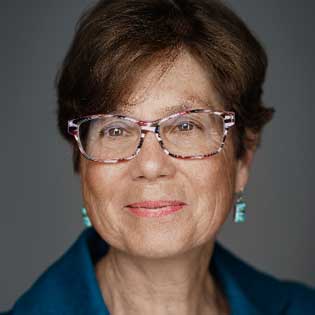 Dr. Sybil Seitzinger is an Environmental Studies Professor at the University of Victoria and Executive Director of the Pacific Institute for Climate Solutions (PICS) – a research and engagement network oriented toward delivering evidence-based, impactful climate change solutions.

Dr. Seitzinger joined PICS in November 2015 from her position of executive director of the International Geosphere-Biosphere Programme (IGBP) based in Stockholm, Sweden. IGBP’s work involved facilitating and integrating the work of scientists and researchers across Africa, the Americas, Asia-Pacific and Europe on global environmental change, including climate change. Prior to that, she was director of the Rutgers/NOAA Cooperative Marine Education and Research Program and visiting professor at Rutgers University in the US. As a pioneering scientist, her work at Rutgers centred on land-atmosphere-ocean biogeochemistry, with a focus on changes in the global nitrogen cycle and how humans are affecting it.

Dr. Seitzinger holds a PhD in biological oceanography from the University of Rhode Island, is an elected Fellow of the American Geophysical Union since 2019, and an elected member of the American Academy of Arts and Sciences, as well as a member of the United Nations Global Climate Observing System (GCOS) steering committee. Within Canada she is a board member of the Canadian Institute for Climate Choices, and a former member of the BC Climate Solutions and Clean Growth Advisory Council. She has been awarded an honorary PhD from Utrecht University in the Netherlands, and in 2020 received the A.C. Redfield Lifetime Achievement Award from ASLO. Dr. Seitzinger is highly cited, with more than 130 peer-reviewed publications to her credit. 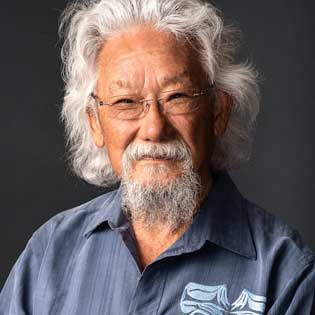 Dr. David Suzuki is a Companion to the Order of Canada and a recipient of UNESCO’s Kalinga Prize for science, the United Nations Environment Program medal, the 2012 Inamori Ethics Prize, the 2009 Right Livelihood Award, and UNEP’s Global 500. Dr. Suzuki is Professor Emeritus at the University of British Columbia in Vancouver and holds 29 honorary degrees from universities around the world. He is familiar to television audiences as host of the CBC science and natural history television series The Nature of Things, and to radio audiences as the original host of CBC Radio’s Quirks and Quarks, as well as the acclaimed series It’s a Matter of Survival and From Naked Ape to Superspecies. In 1990 he co-founded with Dr. Tara Cullis, The David Suzuki Foundation to “collaborate with Canadians from all walks of life including government and business, to conserve our environment and find solutions that will create a sustainable Canada through science-based research, education and policy work. 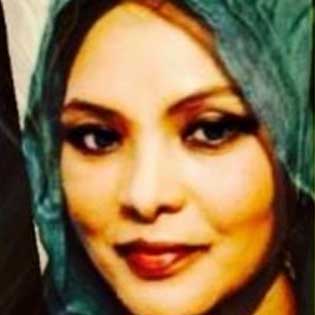 Dr. Balgis Osman Elasha is a forester by training with PhD in Forestry and master’s in environmental science. Dr. Balgis has more than 20 years of experience spanning climate change mitigation and adaptation, natural resources management, renewable energy and green growth with special focus on human dimension of global environmental changes and their impacts on sustainable development. Dr. Balgis is a winner of the UNEP Champions of the Earth Award for outstanding environmental achievements in 2008, a member of the IPCC Lead Authors-Nobel Peace Prize winners in 2007. Awarded the Highest Achievement Medal by the Government of Sudan in 2011. Dr. Balgis conducted and supervised large number of research and scientific work. She has written more than 45 peer-reviewed articles, reports, and books. Dr. Balgis is a member of wide professional networks in the area of conservation and sustainable development including IUFRO, IAASTD, IPBES. 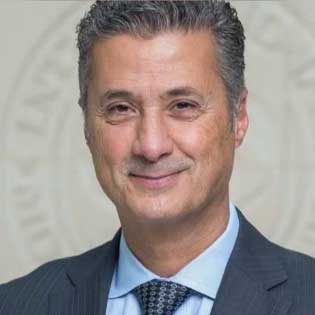 Ralph Chami is currently Assistant Director in the Institute for Capacity Development (ICD), International Monetary Fund, where he oversaw the development and implementation of the internal economics training program for all IMF economists as well as the revamping of the Institute’s external training program for officials from member countries. Most recently, he was Assistant Director and Division Chief in the Middle East and Central Asia Department where he oversaw surveillance and program work on fragile states: Egypt, Libya, Somalia, Sudan, South Sudan, and Yemen, and was Mission Chief for Libya and Somalia. He is the recipient of the 2014 IMF Operational Excellence Award for his work on fragile states. He has a forthcoming book “Macroeconomic Policy in Fragile States,” published by OUP. Previously, he was the Chief of the Regional Studies Division, where he oversaw regional surveillance of 32 countries in the Middle East, North Africa and Central Asia regions.

The Virtual Victoria Forum 2022 and the webinars are jointly hosted by the University of Victoria and the Senate of Canada.