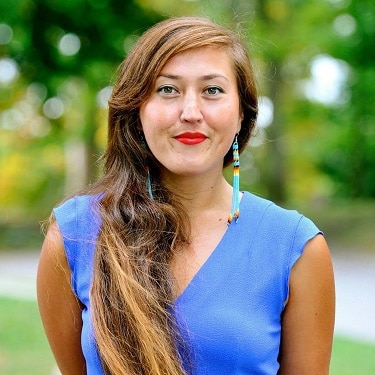 Estella is a member of the Hesquiaht First Nation and belongs to the House of Kinquashtacumlth. Her traditional name is Hee Naih Cha Chist which means ‘water that glimmers’.

Prior to becoming a lawyer, Estella served as an elected councilor for her Nation and worked as a researcher for the national Accessing Justice and Reconciliation Project, which focused on the revitalization of Indigenous laws and legal traditions. Estella’s work with Indigenous legal traditions continues to be an important part of her practice as a lawyer.
In addition to law Estella is a Board of Director and long-time staff member at Hooksum Outdoor School, with more than ten years of experience leading outdoor education activities and programming in her traditional territory.